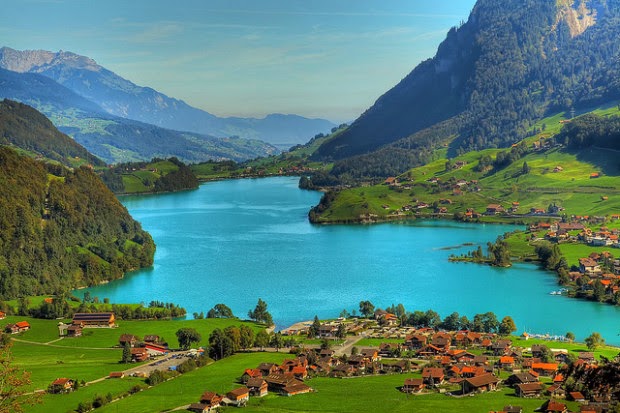 Lake Brienz is a lake that lies to the north of the Alps, in the canton of Bern in Switzerland. It has a length of nearly nine miles, a wide of 1.7 miles, and a maximum depth of 850 feet. Its area is roughly 11.5 square miles, and the surface is nearly 2,000 feet above sea level. The lake is fed by the upper parts of the Aar River at the eastern side and by the Lutschine River, flowing in from the valleys of Lauterbrunnen and Grindelwald, at its southwestern corner. It flows out into a further part of the Aar river at the western side. 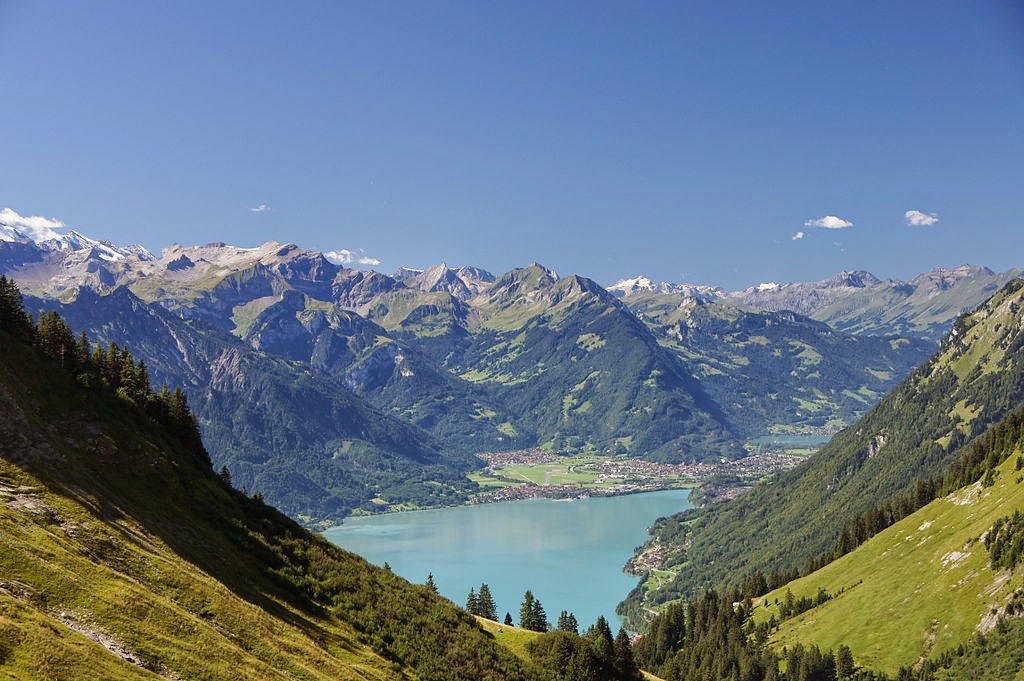 Brienz is also the name of a village, and that is where the lake gets its name. That village is at the eastern side. The lake ends on the western side with the Bodeli, a bit of land that divides it from Lake Thun. Bonigen is a village that takes up the lake frontage of the Bodeli, and the bigger resort town of Interlake is on the Aar river in between those lakes. Iseltwald is a village on the southern shore, and Oberried, Niederried, and Ringgenberg are on the northern shore. 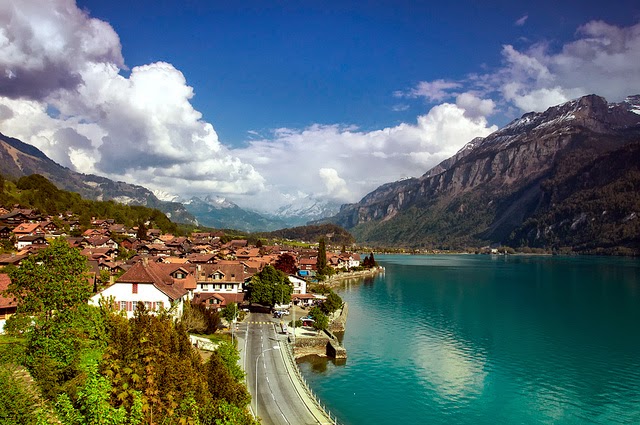 The lake has a poor nutrient composition, and fishing is not that popular as a result. However, there was more than 10,000 kg of fish caught in 2010. 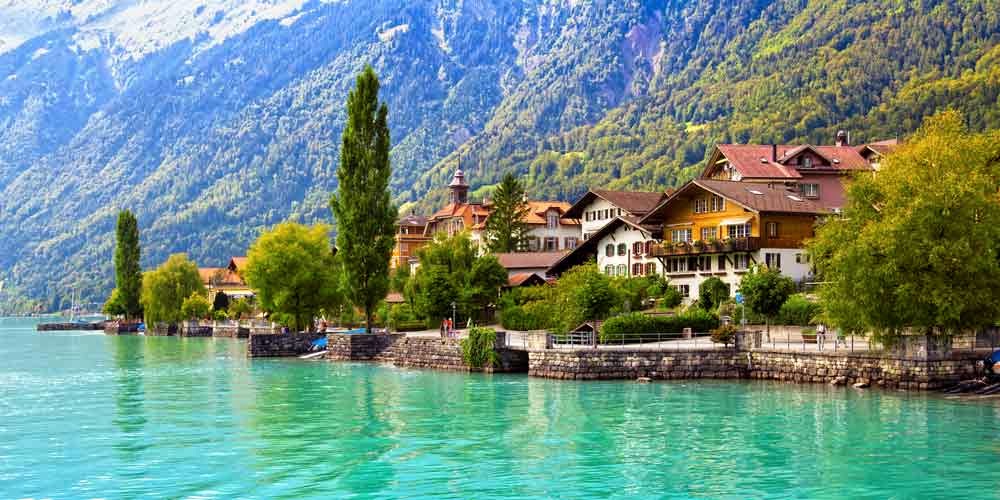 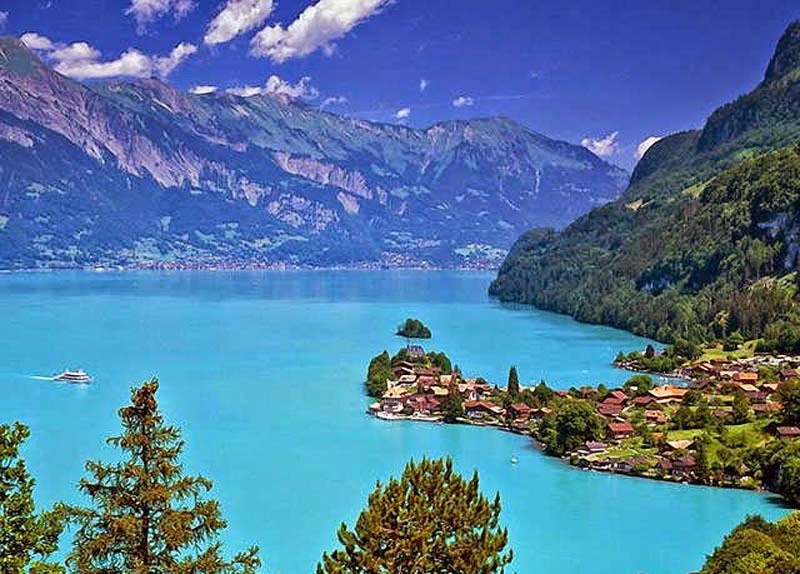 The Burnig railway line follows along the lake’s northern shore, and there is a local road as well, and the A8 motorway uses an alternate, and somewhat tunneled, route over the southern shore. Lake Brienz is a truly beautiful lake. It has crystal clear waters, and it is set against a backgroup of towering mountains. Some of the settlements have some amazing places to eat fresh fish from the lake. Make sure that you take a digital camera along because you’re not going to get a chance to see lakes like this back home. The crystal clear blue waters are not unique to Switzerland, but they definitely leave a major impression. 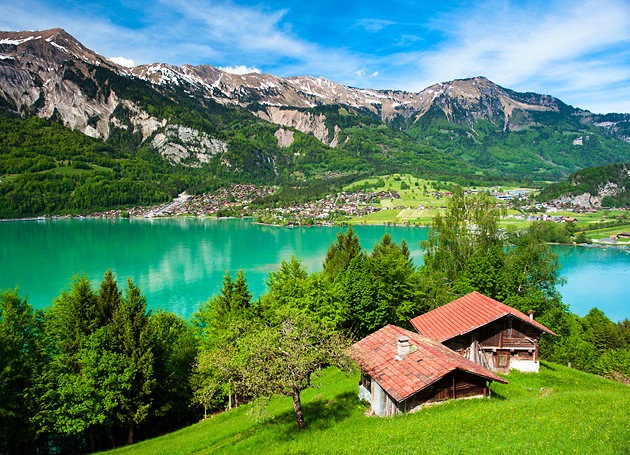 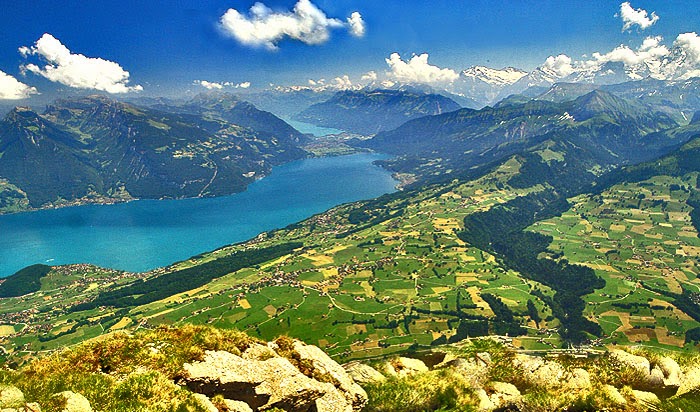 NATURE OF THE WORLD