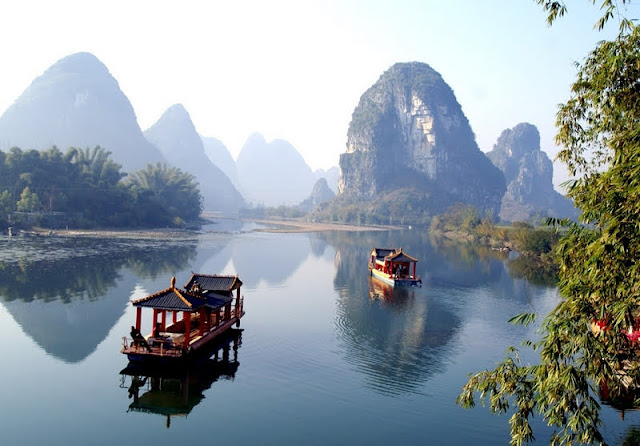 The Li River or Lijiang  is a river in Guangxi Zhuang Autonomous Region, China. It flows 83 kilometres  from Guilin to Yangshuo, where the karst mountains and river sights highlight the famous Li River cruise.

The Li River originates in the Mao'er Mountains in Xing'an County and flows in the general southern direction through Guilin, Yangshuo and Pingle. In Pingle the Li River merges with the Lipu River and the Gongcheng River and continues south as the Gui River, which falls into the Xi Jiang, the western tributary of the Pearl River, in Wuzhou. 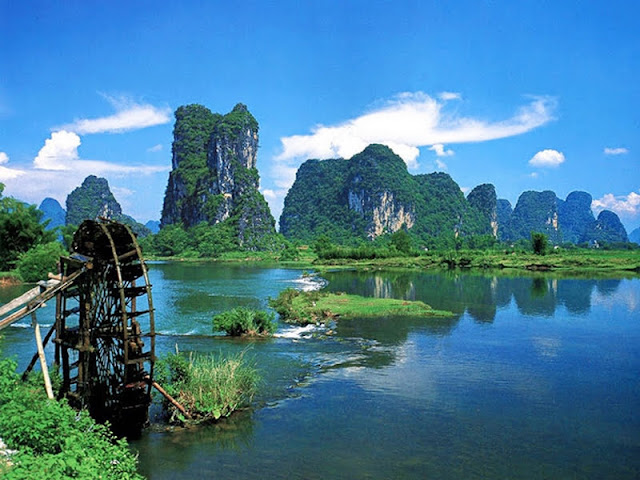 The upper course of the River Li is connected by the ancient Lingqu Canal with the Xiang River, which flows north into the Yangtze; this in the past made the Li and Gui Rivers part of a highly important waterway connecting the Yangtze Valley with the Pearl River Delta. 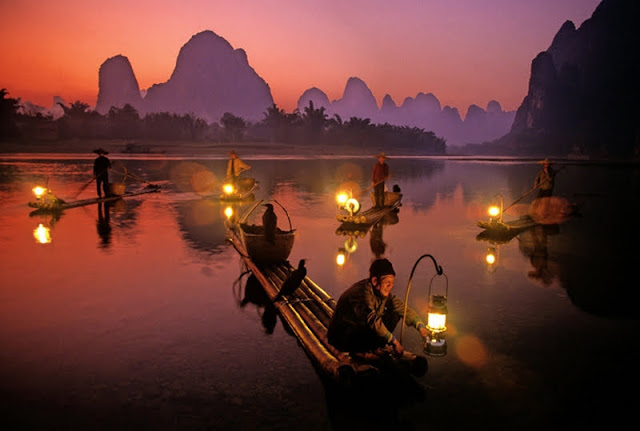 The 437-kilometre (272 mi) course of the Li and Gui Rivers is flanked by green hills. Cormorant fishing is often associated with the Lijiang (see bird intelligence). 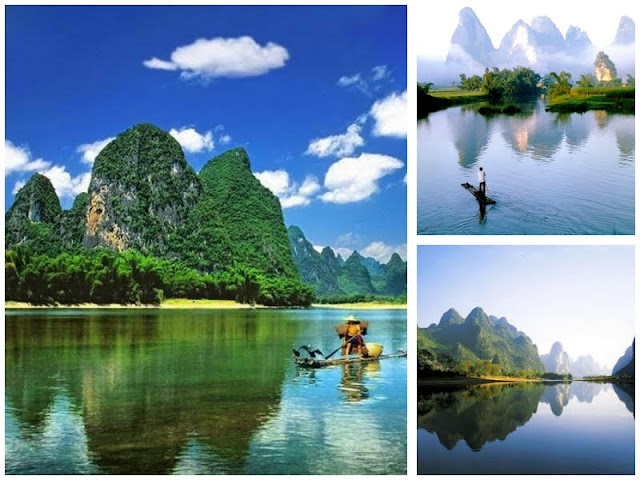 Tourist cruises in different boats (varying from small bamboo-like rafts to larger, air-conditioned ships) are offered on the Li River throughout the year and are one of the major attractions of Guilin. 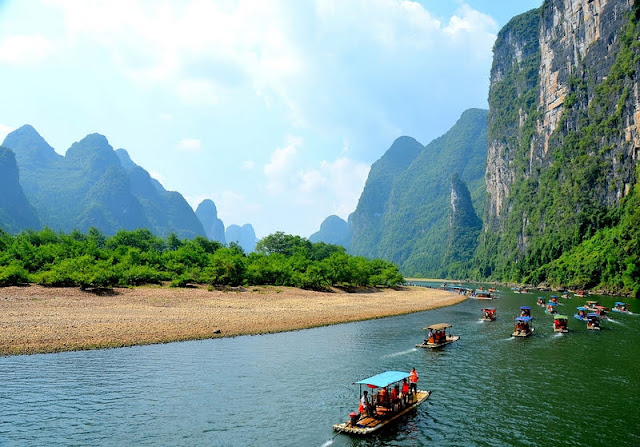 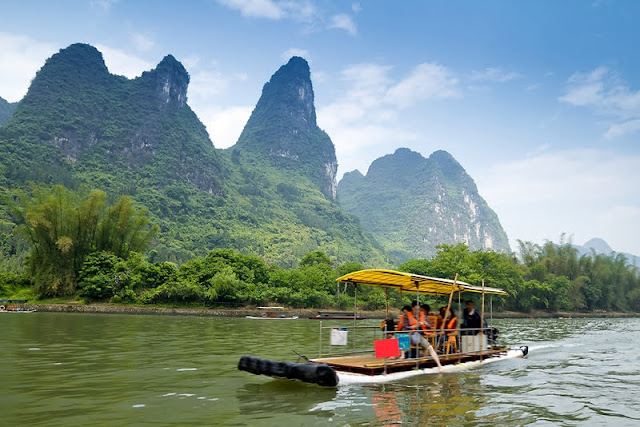 Mountain of Splendid Hues: a mountain consisting of many layers of variously colored rocks.
Elephant-Trunk Hill: a hill that looks like a giant elephant drinking water with its trunk. It is symbol of the city of Guilin. 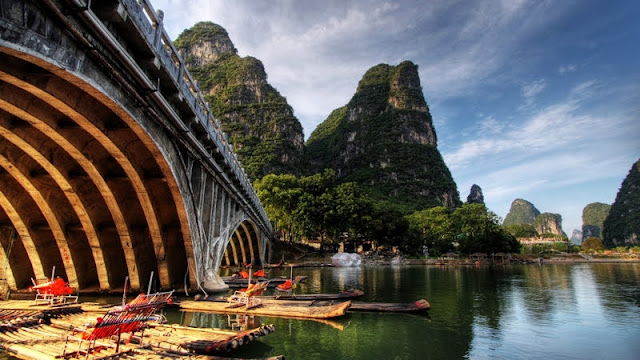 Lingqu Canal: dug in 214 BC, is one of the three big water conservation projects of ancient China and the oldest existing canal in the world. 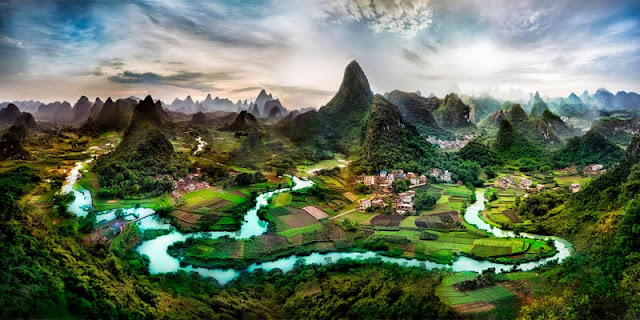 Other attractions include: Duxiu Peak, Nanxi Park, the Taohua River, the Giant Banyan, and the Huashan-Lijiang National Folklore Park. 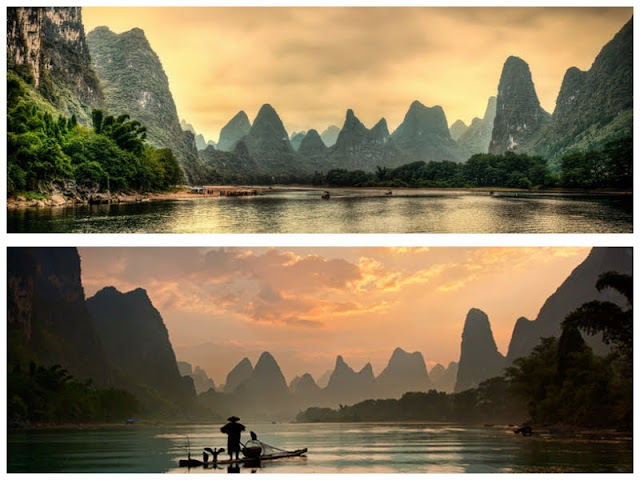 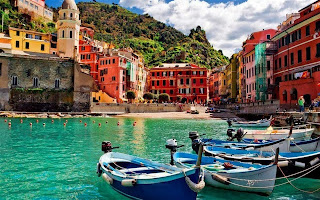