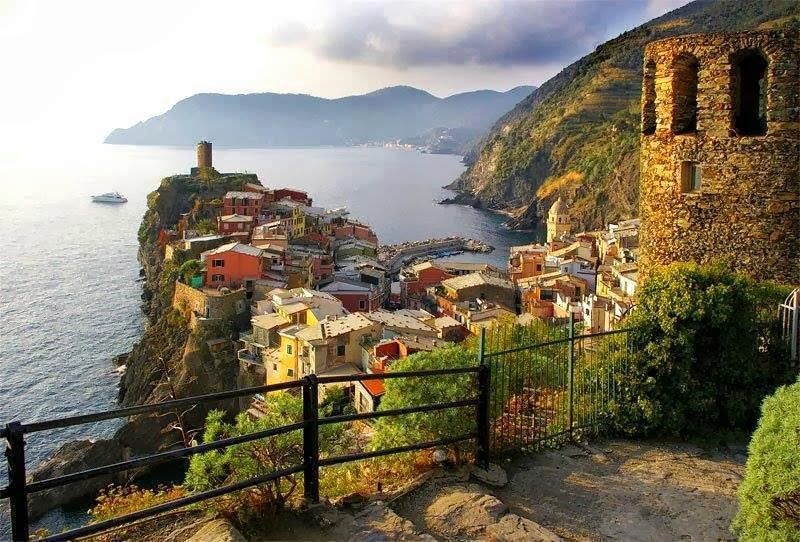 Vernazza (Latin: Vulnetia) is a town and comune located in the province of La Spezia, Liguria, northwestern Italy. It is one of the five towns that make up the Cinque Terre region. Vernazza is the fourth town heading north, has no car traffic, and remains one of the truest "fishing villages" on the Italian Riviera. Vernazza's name is derived from the Latin adjective verna meaning "native" and the aptly named indigenous wine, vernaccia ("local" or "ours"), helped give birth to the village's moniker. 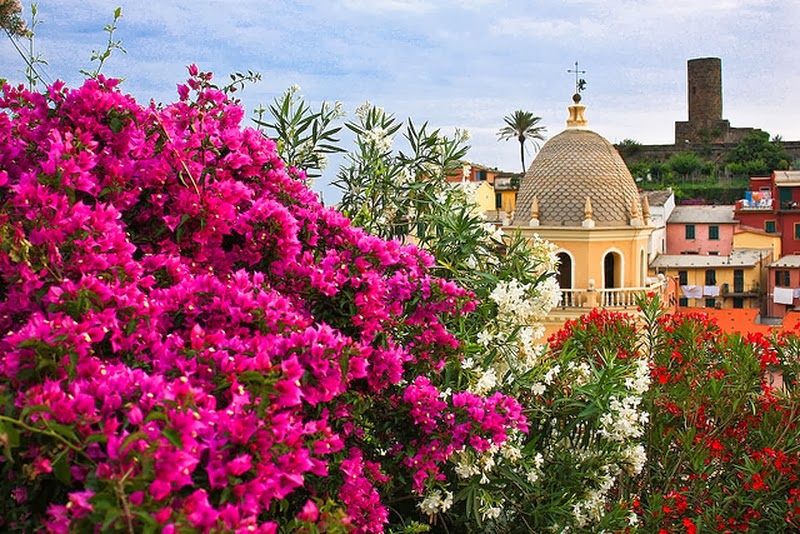 First records recognizing Vernazza as a fortified town date back to the year 1080. Referred to as an active maritime base of the Obertenghi, a family of Italian nobility, it was a likely point of departure for naval forces in defence of pirates. Over the next two centuries, Vernazza was vital in Genova's conquest of Liguria, providing port, fleet, and soldiers. In 1209, the approximately 90 most powerful families of Vernazza pledged their allegiance to the republic of Genova. 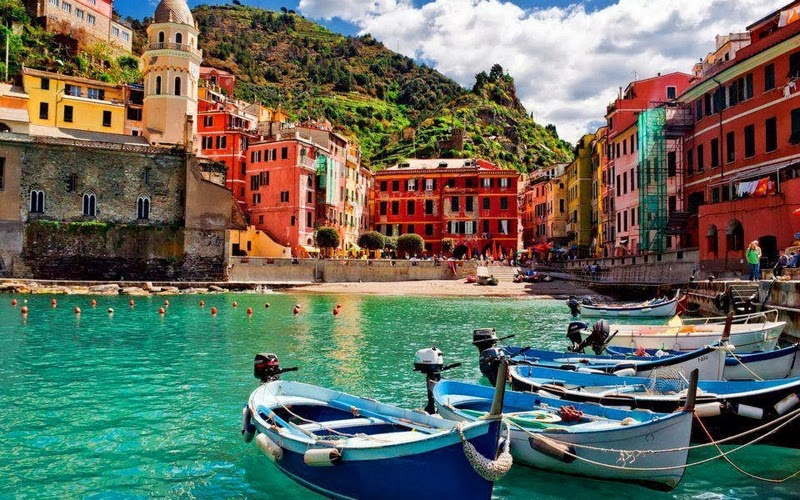 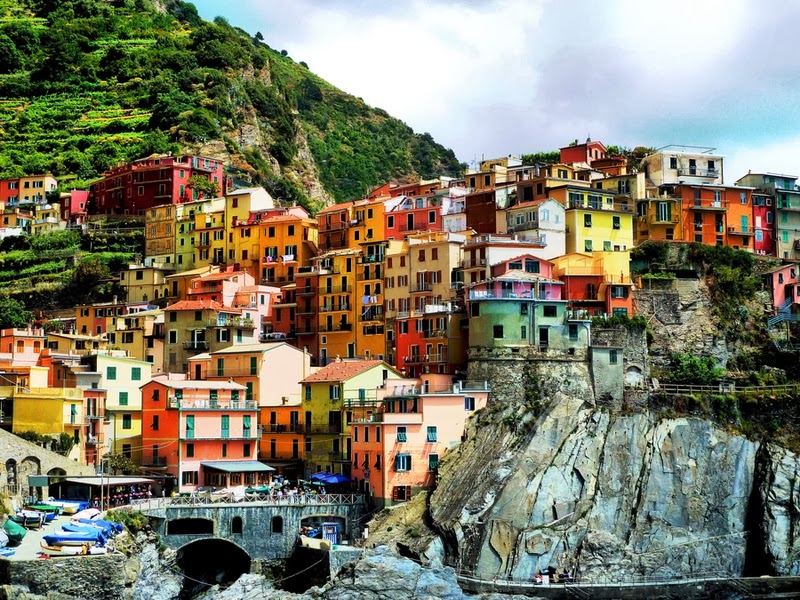 In the 1400s, Vernazza focused in its defense against the dreadful and regularly occurring pirate raids, erecting a fortifying wall. In the mid-1600s, like many of the Cinque Terre villages, Vernazza suffered a period of decline that negatively affected wine production, and prolonged the construction of the trail system and harbor molo (pier constructed to protect against heavy seas). 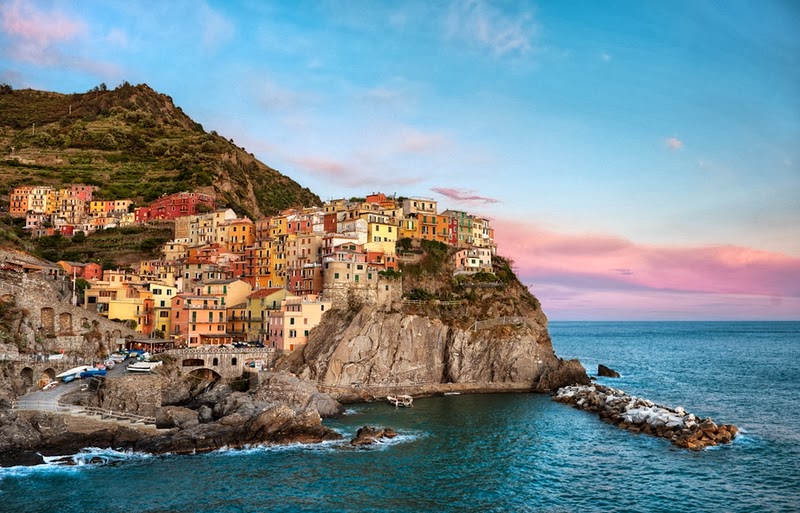 In the 1800s, after a long period of stagnation, Vernazza returned to wine production, enlarging and creating new terraced hillsides. The result was a revitalization of Vernazza's commerce. Also at this time, the construction of the Genova–La Spezia rail line began, putting an end to Vernazza's long isolation. The population of Vernazza increased by 60% as a result. Meanwhile, the construction of La Spezia's naval base also proved important to Vernazza in providing employment for many members of the community. 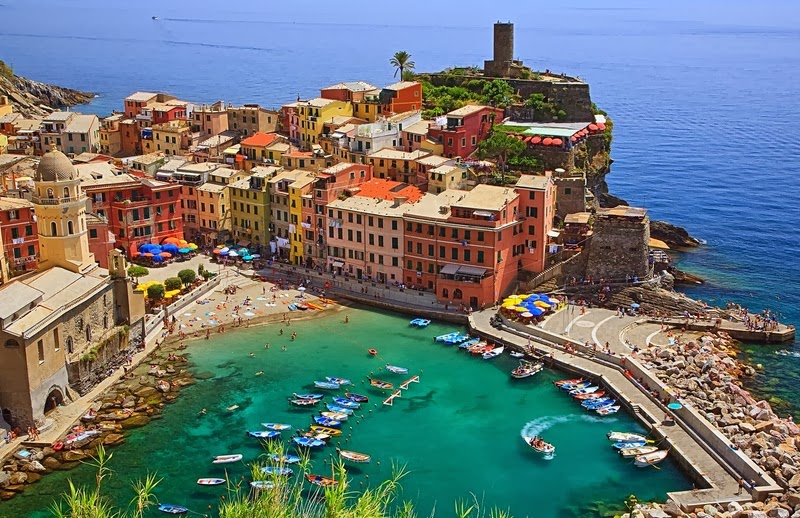 With the arrival of the 20th century, Vernazza experienced a wave of emigration as working the land was viewed as dangerous and the culprit of disease, and the ability to further exploit agriculture diminished. In 1997, the Cinque Terre was recognized as a World Heritage Site by UNESCO and in 1999 the National Park of the Cinque Terre was born. Today the main source of revenue for Vernazza is tourism. However, as a testimony to the strength of centuries-old tradition, fishing, wine and olive oil production still continue to take place. 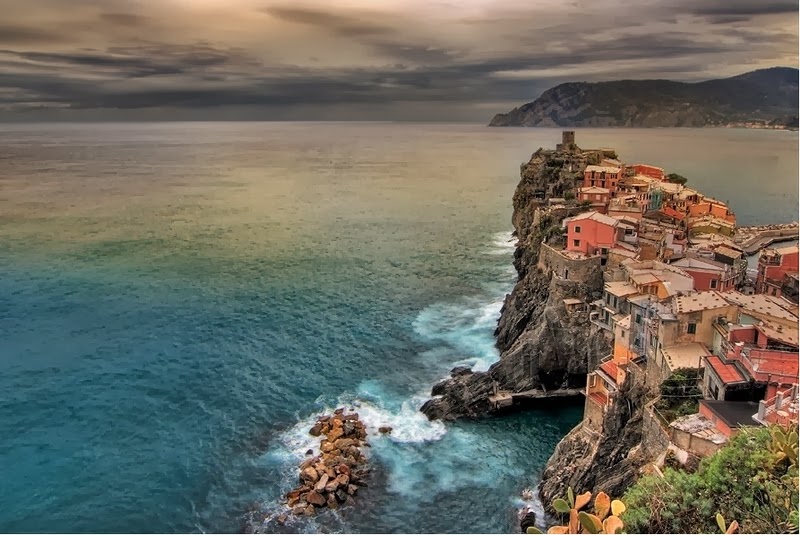 On 25 October 2011, Vernazza was struck by torrential rains, massive flooding, and mudslides that left the town buried in over 4 metres of mud and debris, causing over 100 million euro worth of damage. The town was evacuated and remained in a continued state of emergency. 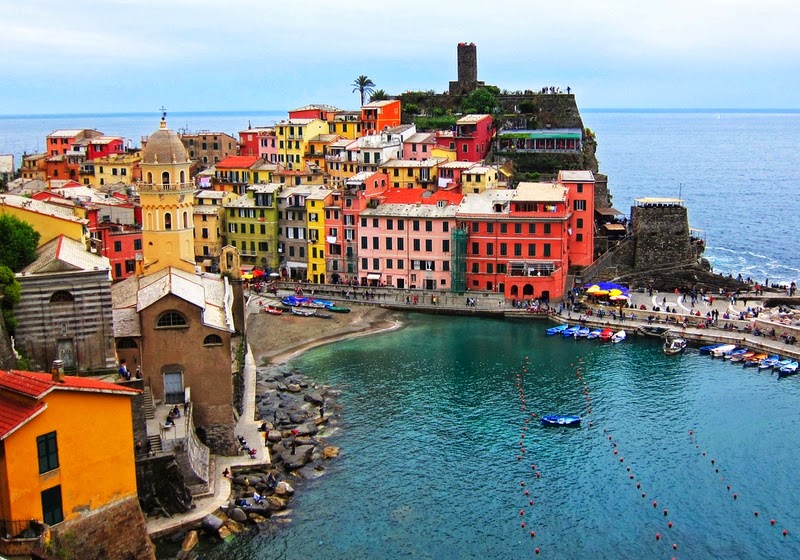 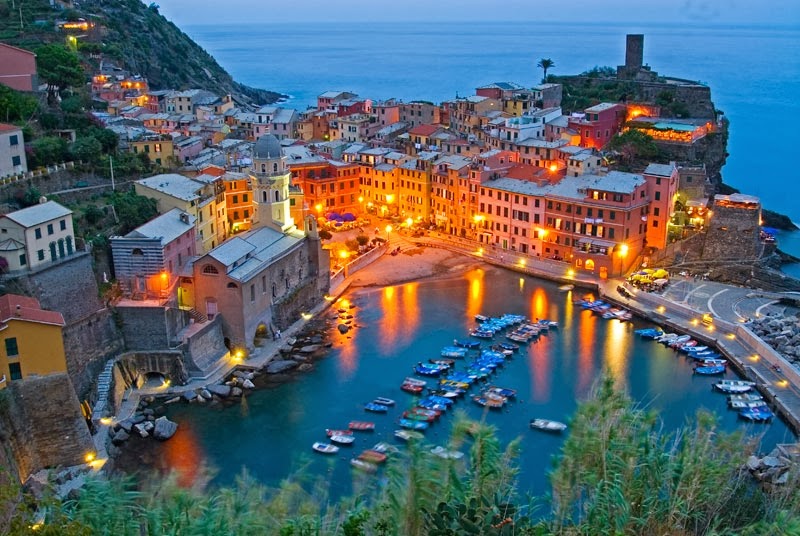